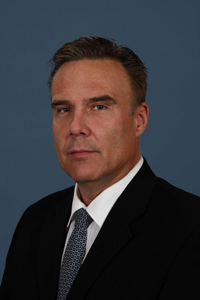 James (Jim) T. Ranger, son of Robert (Bob) and the late Marie Ranger, was born and raised in Sudbury. His great great grandfather, Henry Ranger was a prospector who is credited with discovering Creighton Mine. Jim graduated from St. Charles College and went on to attend the Funeral Service Education program at Humber College in Toronto and obtained his Funeral Director's Licence in 1988. Jim is married to Anna (Floreano) and they are proud parents of a son, Kevin. In his spare time, he enjoys camping, golfing, fishing and travelling with his family.